Would you be able to recognize the signs that you’re dating a narcissist, or do you just suspect there’s something not “quite right” in your relationship?

Regardless of your understanding of narcissism in relationships, if you believe you’re dating a narcissist, it’s important to know what to expect so you don’t get blindsided later on.

Narcissists can seem incredibly attractive — before you get to know them.

So, it’s important to recognize the signs of narcissistic abuse before they happen.

When you first met your significant other, they may have been overly charming. They may have gone above and beyond to express their interest in you, whether that meant leaving you love notes or showing up with lavish gifts.

They may have even told you they loved you after just a few weeks together. But then something happened.

Maybe you didn’t call one night after you got home from a get-together with friends, maybe you couldn’t meet them for lunch because you had a work meeting, or maybe you decided you would rather go to bed early than catch a movie with them.

Whatever it was, something likely disappointed your significant other, and things haven’t been the same since.

This is what people who have been in relationships with narcissists often describe as the turning point when things changed in their relationship.

Narcissists can be difficult to spot, especially when you’re romantically involved with one.

Generally, you aren’t on the lookout for the telltale signs of narcissism, and many times you’re blinded by what once was — that charming demeanor that captured your attention in the beginning.

Could you be dating a narcissist? How do you know? What are some of the signs?

1. They came on too strong in the beginning.

Lust is part of any relationship, but when that lust very rapidly turns into one partner telling the other how “in love” they are and how they want to spend the rest of their lives with them or can’t imagine their life without them, that can be cause for concern.

Narcissists often try to manufacture superficial connections early in a relationship before truly getting to know someone.

2. Conversations are all about them.

Narcissists love attention. They love talking about themselves and how great they are.

They tend to exaggerate their accomplishments to try to make themselves look better. Sometimes, they make it difficult to get a word in edgewise.

3. They feed off compliments.

Narcissists tend to come off as having high self-esteem, but really they require constant praise. And if you aren’t giving it to them, they will fish for it.

They often use other people to increase their self-worth and feel more powerful.

Empathy is the ability to see and feel what others are feeling. Narcissists are unable to understand another’s subjective experience. They often lack the ability to make others feel validated, understood, or accepted.

5. They don’t have many life-long friends.

It’s difficult for narcissists to hold down relationships of any kind. They may talk about friends, but likely they are acquaintances, casual buddies, or nemesis.

They also tend to get angry when you mention your friends or try to make plans with those other than them.

6. They are always picking on you.

A little teasing here and there can be harmless and fun for any relationship, but it becomes troublesome when it is mean or constant. You might feel like you can’t do anything right, or what you do is not good enough.

They don’t like the clothes you wear, the color of your hair, or the shows you watch on TV.

A narcissist’s disapproval or criticism can often start out subtly and increase over time.

7. They distort your reality.

They may spin the truth, spew lies, or falsely accuse others all in the name of getting control over your life. This is called gaslighting and is a form of manipulation and emotional abuse.

An example would be telling you that your mom didn’t return your call because she no longer cares, or saying that they saw your friends at an event to elicit a feeling of being left out or unloved.

There is no debating or compromising with a narcissist. It might feel like they never hear you and they don’t understand you. They rarely, if ever, take responsibility for anything, and they rarely apologize if they have done something wrong.

9. They panic if you try to end things.

You may have already noticed things don’t feel right and have attempted to end the relationship. Your partner likely went into panic mode, promising to change and being super-loving and affectionate.

They may also have said mean things about you like, “You don’t know how to live without me,” and may have tried to turn friends and family against you.

Dating a narcissist can be exhausting and leave you feeling lost, defeated, and down on yourself.

It is important that you always practice self-care and develop healthy friendships. Seeking support can be beneficial in helping you to get out of this relationship and heal yourself.

Originally Published in Your Tango 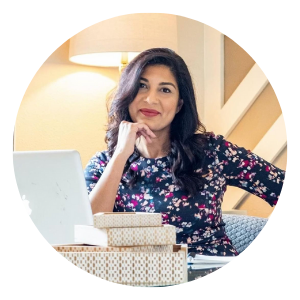 Babita is a Licensed Psychotherapist/Psychoanalyst, Certified Relationship Coach, and Speaker. She is the founder and CEO of Opening the Doors Psychotherapy and Babita Spinelli Group. Babita works with individuals and couples and her practice has locations in NYC, NJ, and Florida. As the recipient of the 2019 New York Psychotherapist Award, Babita features frequently in prominent media outlets such as Forbes, Insider, Washington Post, and Mind Body Green as a relationship expert. She is a Certified Gottman Level 2 Therapist, Certified Collaborative Divorce Coach, and Parent Coordinator. Her specialties include infidelity, narcissist abuse support, divorce recovery, multi-cultural couples, and career transitions. For all Babita’s latest news follow her on Facebook and Instagram.

Yes, You Can Find Happiness After Divorce — But Only If You Accept These 4 Truths

How To Survive Divorcing A Narcissist